Figures show that up to 68 contestants are to vie in this year’s edition. Of these 12 memorizers sat the final tests in the morning and evening sessions. The competition started with some verses from the Holy Quran recited by a member of the arbitration committee H.E Sheikh Tariq Abdul Hakim Bayoumi, Egypt. 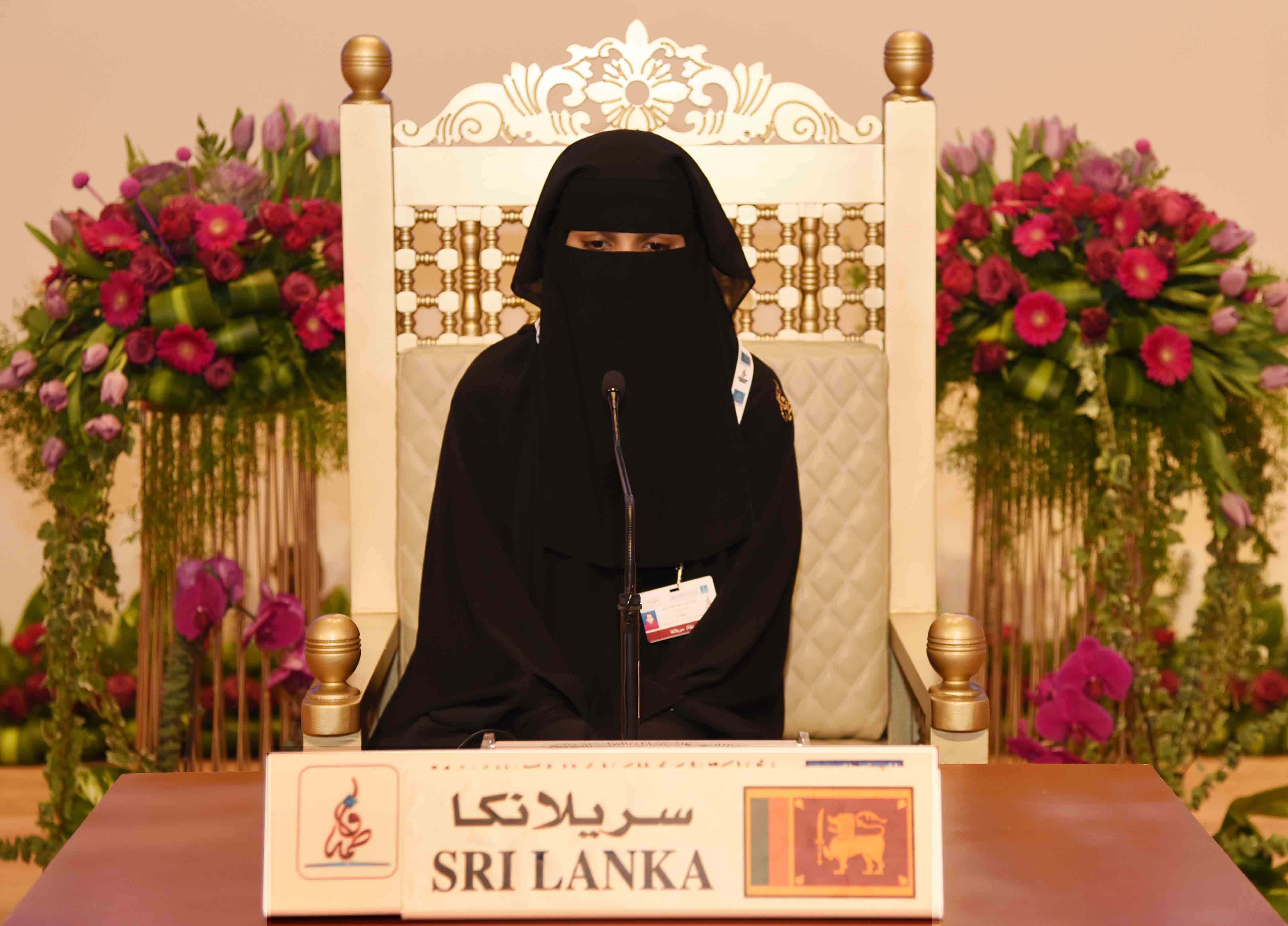 Participating in the Sheikha Fatima Bint Mubarak International Holy Quran Competition has always been an honour and a dream for full Quran memorizers from around the world. Of these is 20-year-old Hafsa Mohamad Halabdeen, who represents Sri Lanka in the global competition. She is a student of Sharia at the Manbaa Al Salehat University in her home town back in Sri Lanka. 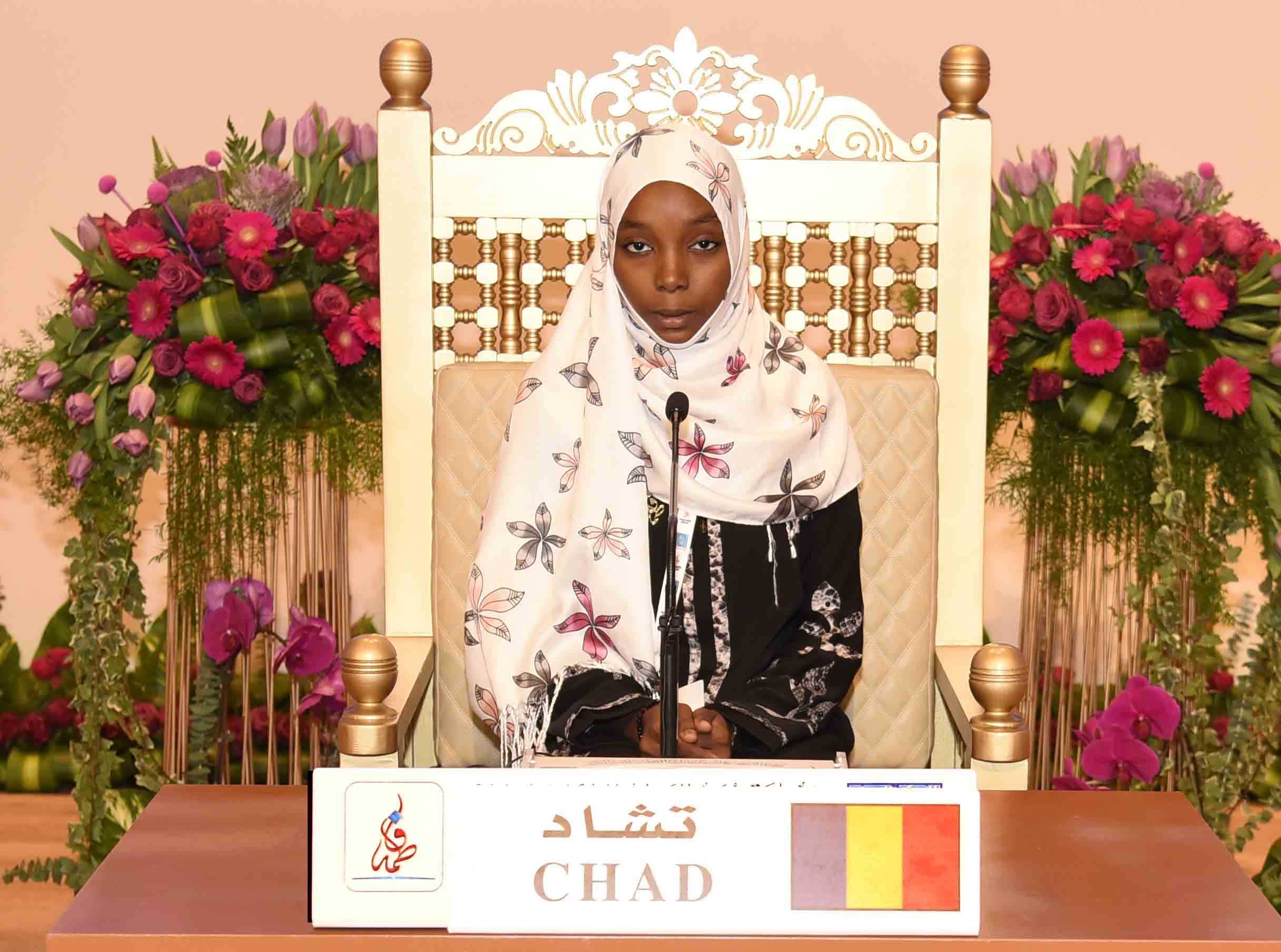 “I started memorizing the holy Quran at the age of 11, and completed this sacred journey three years later when I was 14.”

Hafsa’s father was a great help to her in this journey of honour. “He used to encourage me and closely supported me to have this ultimate dignity in life and the Hereafter.”

Despite her many local participations, this was Hafsa’s first international competition.

“I always secured advanced positions in all the local Quran contests I chipped in.”

Memorizing the holy Quran has sharpened Hafsa’s memory and boosted her academic performance that she has always been “on the top in her college”.

Hafsa was over thrilled to meet this big number of full Quran memorizers from around the globe.

“It’s also an honour for me to be part of this prestigious international competition which is a dream for all Quran memorisers.”

13-year-old Rakhiua Mahamat Mahamoud, Chad, does not go to school. “However, all children in Chad go to Quran study centres to learn the Quran by heart.” 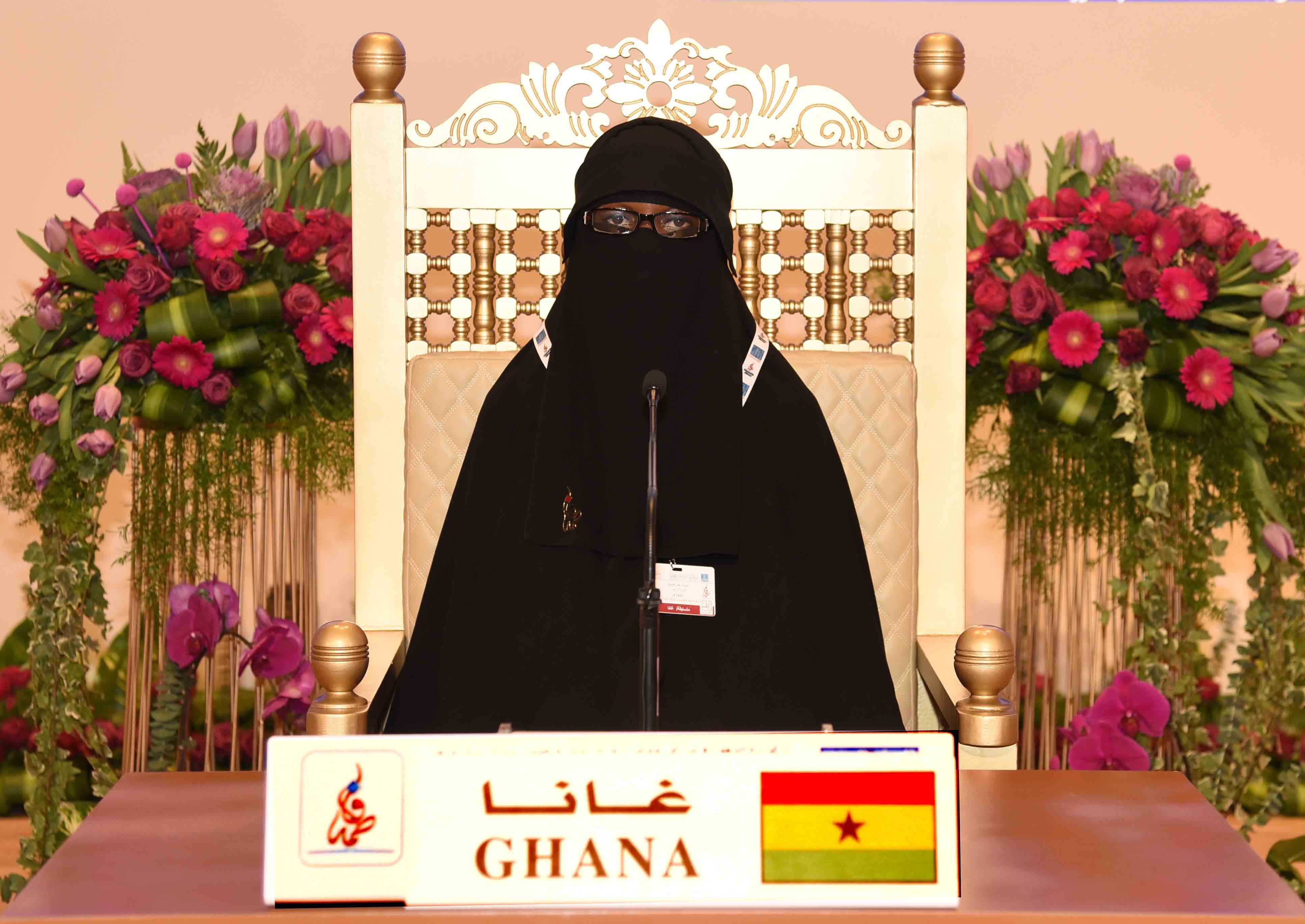 Belonging to a Quranic family, she followed the example of her sister Fatima who participated in the third edition of the Sheikha Fatima Bint Mubarak International Holy Quran Competition, 2018.

“I started memorizing the holy Quran at the age of seven and finished three years later when I was 10.”

She competed in so many local contests and managed to come first in them all. “But to participate in the Sheikha Fatima Bint Mubarak International Holy Quran Competition has always been my ultimate dream.”

“My sister who managed to compete in this global competition last year was a big inspiration for me to come and take part in the fourth edition of this great contest.”

Rakhiua’s mother was the main reason behind her full memorization of the holy Quran. “She used to encourage me with gifts and of course day and night prayers.”

Paying tributes to the UAE for hosting this big competition, Rakhiua insisted on coming to the country holding the UAE flag in respect to this great nation.

“Firm will and determination are key words for memorizing the Quran, however, I used to pray two Rakaat of prayer whenever I had a difficulty memorizing any part, and thanks to Allah, it became ease for me.”

Amneh Mahmoud Mohammad Al-Humaidi, Jordan, have started memorizing the Quran when she was five and finished in four years at the age of nine.

“My parents were a great help for me,” she said, adding that she participated in so many local contests.

“I have always dreamt of participating in the Sheikha Fatima Bint Mubarak International Holy Quran Competition which I used to closely follow on YouTube.”

Amneh, who is doing her Master’s degree in laboratory medicine, urges all Muslims to memorize the Quran. “This is where one can find the ultimate happiness and serenity.”

Syrian contestant Yusra Diab has just got her degree in medicine from the Damascus International University.

“My mother, who is a competent Quran teacher was a big help not only for me but also for all my four sisters who are all full Quran memorizers.”

Yusra started memorizing the holy Quran at the age of six and finished in just one year when she was seven.

“I then sharpened my memorization by learning the holy Quran at the Nuria school,” she said. “I have secured top positions in the so many local Quran contests I chipped in, but it has always been a dream for me to participate in the Sheikha Fatima Bint Mubarak International Holy Quran Competition.”

Prev Next 1 of 50
Popular Topics

Linen anniversary of the Metro Journal…

Prev Next 1 of 4
More Stories